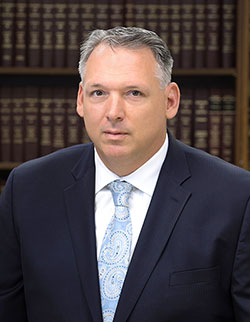 Philip Degnan joined the firm of Connor, Weber and Oberlies as a Partner in 2017. He is admitted to practice in New Jersey, Pennsylvania, and the Federal District of New Jersey

Philip graduated from Muhlenberg College in 1993, with degrees in History and English. Later he attended Villanova University School of Law, graduating in 1996. During law school, Philip was elected to the Moot Court Board, the Villanova Sports and Entertainment Law Journal, and was captain of the rugby team.

Philip has represented a broad range of individuals and businesses in a countless variety of lawsuits. He focuses his work on high exposure dram shop, insurance fraud, premises and product liability law. He has given lectures to insurance professionals and attorneys on topics such as the use of social media evidence, trial strategy, insurance law and contractual indemnification. As an experienced trial lawyer, Philip has obtained defense jury verdicts throughout New Jersey and Pennsylvania. He has argued before the Pennsylvania Supreme Court, the New Jersey Appellate Division and Pennsylvania Superior Court.

When not at work, Philip can be either be found coaching youth sports in Shamong, New Jersey, or carrying his children’s many bags of equipment.